New England is known for its town halls and town meetings. Not often mentioned is the Town Clock, an equally important feature providing the heartbeat for life, marking time and the day’s obligations, meetings and events for citizens and visitors alike. The clock is all but forgotten now in many towns. A volunteer “Town Winder” usually maintained the device, adjusting it to make sure you could set your watch by the clock’s hourly note.

Most of the original mechanical clocks are silent due to neglect, damage by bird guano or water. Some were replaced by electronic devices with speakers tolling obviously imitation chimes.  Shelburne’s Town Clock is still where it was when installed in 1927 but, though automatically wound and in surprisingly good condition, it has been stopped and the large bronze bell in its belfry silent for decades.

Today, almost no one can remember hearing the thump of its clapper and its robust tone in B flat tolling the hours every day. According to records in Shelburne Historical Society archives, as nearly as one can determine, the large bronze bell donated by William Seward and Lila Osgood Webb last rang in 1988.

The clock and its bell were largely forgotten until photographed by contractors for the new Pierson Library in 2018. Needing a complete overhaul before being restarted, its restoration was not a part of that project. Nevertheless, in 2019, the Town committed to restoring the clock as a community-based self-funding project at a later date.

That date has now arrived.

On October 5th, after a brief fundraising campaign, focused on donations from individual citizens and young people, Lee Krohn, Shelburne’s Town Manager, will submit an application for an Historic Preservation Grant to Vermont’s Division of Historic Preservation to restore the clock and take measures to increase its public awareness. While the sound of the bell tolling the time should accomplish that goal, the project will include a plaque with a graphic representation of clockworks and bell with acknowledgments to the Webb family and project donors.

If the grant is approved, David Welch of “The Clock Shop” in Vergennes will dismantle the device, take it to his shop for the overhaul, reassemble it in place when finished. An electronic regulator will be installed on the clock to make sure the bell strikes on satellite time. A date then will be set to celebrate the clock’s reactivation.

Donations for the grant will fund 50% of the $10,000 project budget. Because the project emphasizes public awareness and education, fundraising must raise $5,000 by October 5 with emphasis on personal donations, particularly from our young citizens-to-be. Donations by businesses are discouraged. Excess funds received will be set aside by the Town for clock maintenance and related projects.

If donations totaling $5,000 are received by the Town on or before Monday, October 5, Town Manager Lee Krohn will apply for a $10,000 matching grant to pay for the project.

Please deliver or send your check with
"Town Clock Restoration"
written on the memo line, to
Town of Shelburne,
P.O. Box 88
Shelburne, VT 05482

By Shelburne poet laureate Rick Bessette
The year nineteen twenty seven,
On a cold November night,
A dedication took place here,
Its tribute fitting and right.
A new town hall with clock and bell,
Electra Webb had gifted,
In memory of her family.
Our town’s burden was lifted.
For years, the old Seth Thomas clock,
Would chime each passing hour,
But with age the clock and brass bell,
Had inconsistent power.
Soon weary of the bell’s ringing,
minutes too early or late,
We stopped the pendulum swinging,
Technology sealed its fate.
Decades later our clock is fixed.
Again, its hands move on time.
Accurate to the second now,
With its bell to strike and chime. 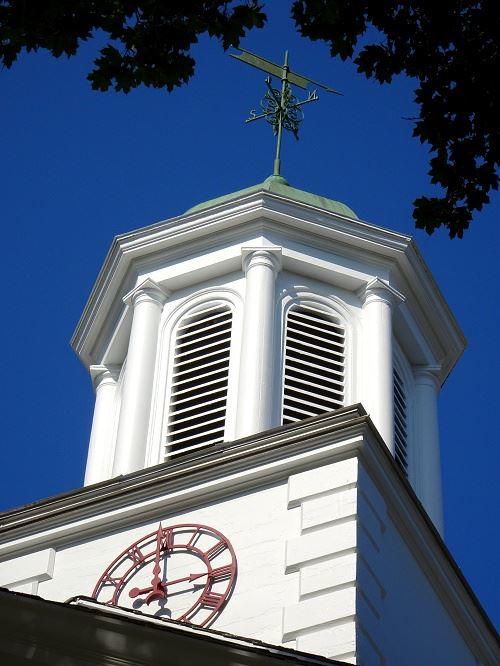 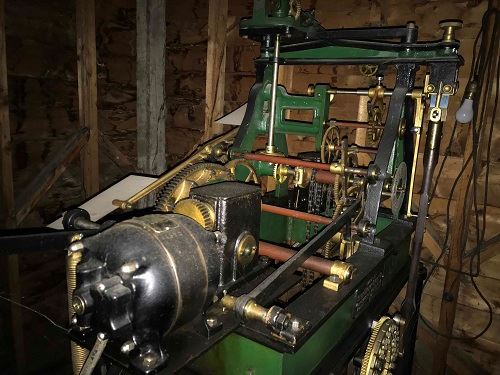